In part one of Keep Your Powder Dry we briefly explored the artistic aspects of powder horns and how they portrayed the Fort Hunter area in the colonial era.  A small disclaimer at the bottom of that article mentions that horns were used to store bulk powder.  This article will take a quick look at that concept of bulk powder as it translates to ammunition cartridges and use.

Recently another blog –  Journal of the American Revolution covered severe supply shortages in powder the army needed to be an effective fighting force; especially early in the war before heavy foreign support.  Commentary on that post by scholars and authors does a great job in demonstrating bulk powder stored in barrels and how that translates into rounds of ammunition per pound and per soldier.  For each round the dry weight measurement of grains is used, and the number of approximate grains per pound averages at seven thousand.  There is some uncertainty as to the number of pounds per barrel but the common accepted number of rounds that could be produced from it is around 3,500.  That roughly indicates an average of 40 rounds per pound, assuming that the barrel contains about 90lbs of powder.  Each round would contain somewhere over 160gr to 220gr that was typically to be used to propel a .69cal ball from a .75cal musket.

The math can seem overwhelmingly insecure – especially when we are working with rough ideas and the adjustment of measurement scales that may skew figures.  But that all seems a bit beside the point here.

How was this powder keep secure and dry – or at least as much as possible given circumstances?  The answer to that has some variations as well, however we will take a short journey through common practices.

Most notably is the standardization of rounds into cartridges that could be created with a treated paper.  These cartridges served the purpose of powder protection, and almost more importantly consistency for each shot and reduction of loading time.  As show in the image, a paper cartridge would be rolled around a dowel and ball.  With the ball end folded and securely affixed to keep the end tight and now allow loose grain powder to spill out, the dowel was then removed and the paper tube would be filled with a measured amount of powder.  The open end would be folded and secured leaving a “flap” that would be used to open the cartridge for loading.

Paper cartridges were often coated in beeswax, lard, or tallow, which served a number of purposes. It provided some degree of water resistance, it lubricated the paper-wrapped bullet as it was pushed down the bore, and it melted upon firing to mix with the powder residue and make the resulting fouling easier to remove.

So now what?  The cartridges would further be protected after being made or distributed to individual soldiers by use of a cartridge box.  More on that in the next segment... 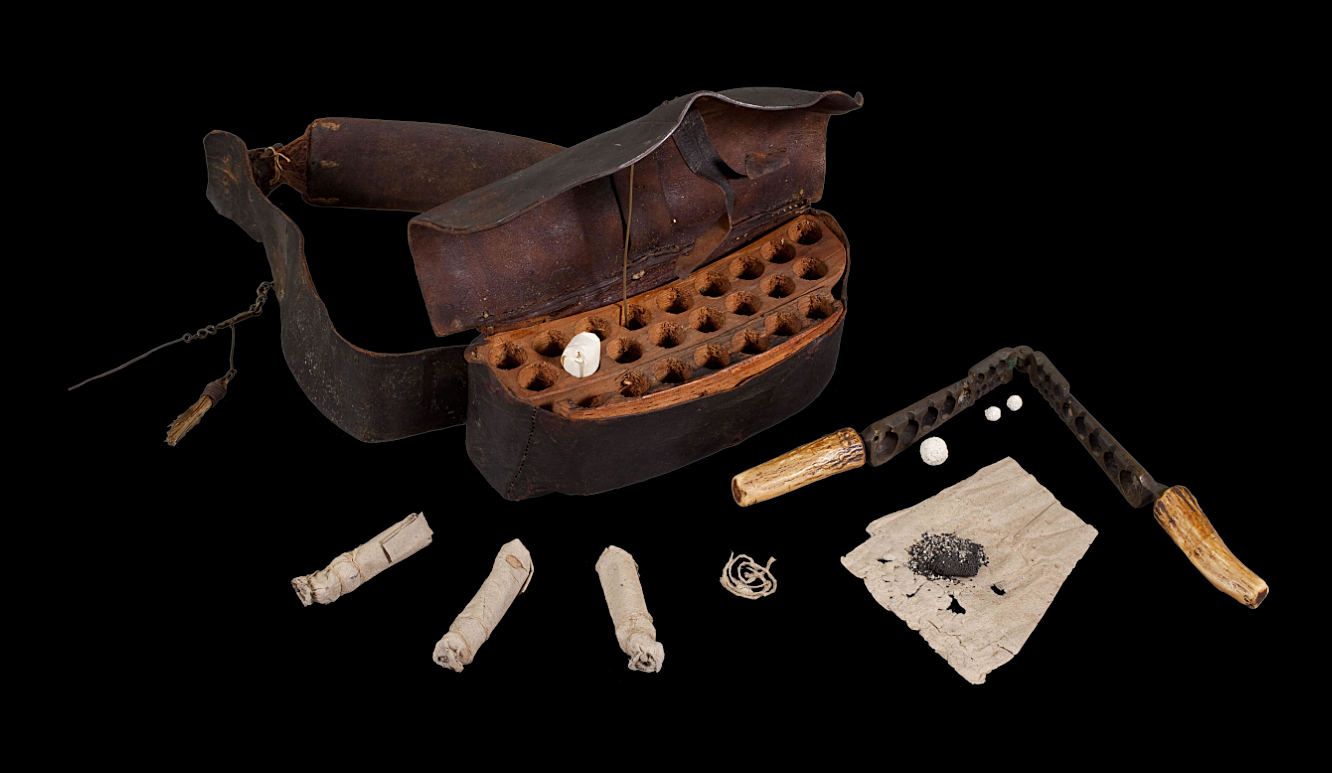 As always, your comments and or questions are encouraged!