While not exciting as much attention as Alexander Hamilton as of late, there appears to be a resurgence of interest in a particular noble Frenchman – Marie Joseph Paul Yves Roche Gilbert du Motier, Marquis de Lafayette.  Several recent or upcoming publications have revitalized enthusiasm for the study of this historic figure – for example:  The Marquis: Lafayette Reconsidered by Laura Auricchio and Lafayette in the Somewhat United States by Sarah Vowell.  This is all on the heels of the return of the Hermione (in and educationally replica form) to the shores of Virginia at Yorktown.  This is where the Marquis landed in 1780 upon returning from France with much needed military aid for the Patriot cause.  Several exhibits are planned at various museums and institutions – notably the New York Historical Society will present an instillation at Governors Island, NYC.

An interesting anecdotal occurrence during the 1824-1825 grand tour that Lafayette took of the early American republic that he had a hand in securing was published as an account by an aged Colonel Simeon Sammons – locally noted as the commander of the 115th NYS Vol. Regiment in the American Civil War.

Originally published in 1878, the F.W. Beers & Co. History of Montgomery & Fulton County* describes an encounter at the Schoharie Creek:

…The canal, accordingly, furnished the natural route of Lafayette in his grand tour through this part of the country in 1825.  In connection with this event occurred an interesting incident not hitherto published:  While the Marquis was at Johnstown, during the Revolution, he was entertained at Johnson Hall by Jacob Sammons, who, for about four years of the war, leased the Johnson farm from the Committee of Sequestration.  There Thomas Sammons repeatedly met the French nobleman.  In the early days of the canal, Thomas Sammons was engaged in boating on the great highway… Arriving on day at Schenectady with a boat from Albany, accompanied by his boy Simeon -… he was surprised to find the main street of the town streaming with flags, gay with flowers, and lined and carpeted with evergreens.  Mr. Sammons was not long in learning that the staid old place had put on this holiday attire for the fitting reception of Lafayette, who was expected to reach Schenectady that day in his journey through the grateful country which so well honored its illustrious visitor.  It nee hardly be said that Mr. Sammons resolved to await his coming, confident that he could obtain not only the sight of the great Frenchman that would be vouchsafed to the crowd, but audience with him.
Information arrived, however, that Lafayette would not reach Schenectady until the next day and the disappointed patriot resumed his voyage, consoling himself and his son with the assurance that they would see the Marquis at Fultonville.  Their opportunity was not long deferred.  The Sammons craft, in due time, came to the point of crossing the Schoharie Creek.  Where boats now sail high, if not dry above the stream, over a massive aqueduct, they then ran through it…the team crossing on a narrow towing bridge.  Mr. Sammons’ boat was at the crossing when the packet conveying the illustrious Frenchman bore down upon it, decked with streamers and evergreens, even the harness of the horses bristling with flags.  A jubilant crowd upon the tow-path, horseback and on foot, kept abreast of the coming boat.  Sammons was exhorted to hurry across the creek and out of the way, that there might be no unnecessary delay to the progress of nobility.  He, seeing his opportunity, hastened to comply, and landing with his son, came back to the towing bridge from which he was able to board the packet as it arrived.

Stepping to the door of the forward cabin they were met by the captain who sternly demanded their object.  Learning it, he stoutly forbade their entering, saying that the Marquis was resting…  Mr. Sammons, who was a resolute man and far too intent upon his errand to allow himself to be balked… promptly convinced the captain that he was going in…
Lafayette was reclining on a couch with his head upon his hand.  As his visitors stepped up to him, he looked Mr. Sammons in the face and for an instant, and then springing to his feet, grasped both his hands in his own, and with his eyes sparkling with animation, eagerly asked: “Where have I seen you before?  I have met you somewhere.”  “At Johnson Hall, “replied Mr. Sammons; and as the Marquis with the rapidity of thought recalled his sojourn at the old Johnstown mansion, his next question was: “Is your brother Jacob living?” and his next, when told that that much tried patriot had passed away:  “Is that good woman his wife, alive?”  Being told that she was, and was living in Onondaga country, the Marquis made a hasty note of the fact.
Here the captain had the pleasure of warning Mr. Sammons that if he did not leave the boat, he would not have another chance.  “Hold the boat!” cried Lafayette, and the packet was actually stopped until the interview was ended, when Mr. Sammons stepped ashore, as may well be supposed, a proud and happy man, and his son a proud and happy boy, no doubt, or he would never have told the story with such readiness and spirit when on the down hill side of life…”

This may be a touch of fancy, provided in the supply of a youthful memory of an elderly man reminiscing proudly upon his father and a father of the country he too had served – but as a tale of interesting local flavor it is worth reviewing for the simple pleasure of conveying an idea.  America was founded by the work of many hands, from farm boys etching out a living in hard scrabble hills, to laborers from vast majestic fertile valleys, to city dwellers, & merchants, peddlers, southern gentleman, homestead wives & daughters, aristocrats, former slaves and even European nobility.  That all of those and many more produced a new republic, and forged ahead into uncertainty, this story brings home that at times the world is small – even in all its grandeur – but the connections created both physically into the earth, or through innovations of technology are simply the extension of those connections made between people. 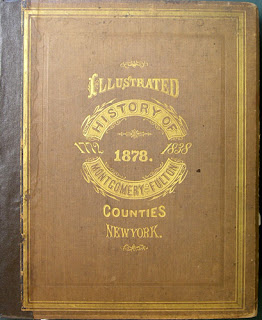