1904 Delay in the Canal Opening

The delay in fully opening the canal this past season has given some opportunities to see other historic remnants of the old canal at and near Schoharie Crossing.  But, this isn’t the first time – nor probably the last — that the canal has had delays in opening.  Usually that was a result of weather conditions rather than pandemics, but a good example was the flood of 1904.  In this region, the waters raging in the Mohawk River washed out a large section of the towpath. This broke the canal walls and carried off the some of the stonework.

A large work crew was deployed to fix the damage in hopes of returning the canal to operating condition before mid-June of that year.  Several hundred feet of canal bank, towpath, and river bank needed to be replaced and then bolstered.

According to the Saturday Evening edition of the Medina Daily Journal dated April 2, 1904, the canal was carried away to the bottom by water and large ice formations.  Superintendent Boyd was quoted,  "If the river is cleared of ice and frost disappears so that  construction work can go on,.. repair work may be progressed so rapidly as to render it unnecessary to delay the opening of navigation. However, with the most favorable conditions from now on, it is hardly possible that the banks can be restored so as to make It safe to open navigation…”

As Boyd pushed the work forward to open the  canal, the rest of the Mohawk Valley began to seek recovery as well.  The railroad was also greatly impacted by the washouts, employing the use of dynamite to clear ice so that they could begin work on repairs.

The spring flood came as more of a disaster than usually expected, an in “explanation for the disaster [was] that the ice gorge in the main channel, which is on the north shore near the New York Central tracks, was so solidly entrenched that the waters sought the weakest point to the south of the main channel.” At the time it was feared that further damage would occur before the waters could subside, “by reason of the fact that the ice in the main channel west of Fort Hunter and as far as Fort Plain still remain...” In fact, it was noted in the 1905 USGS publication, Destructive Floods In The United States in 1904, that, “Almost the whole of the village of Fort Hunter was flooded by this ice gorge. 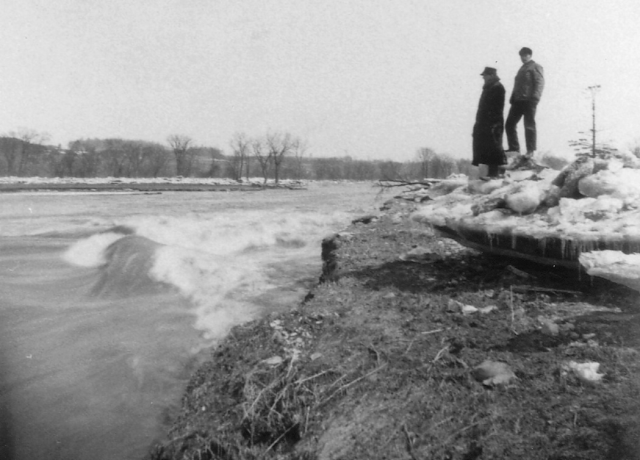 This article was originally published in the Summer 2020 Friends of Schoharie Crossing Newsletter.

Donate to the Friends of Schoharie Crossing 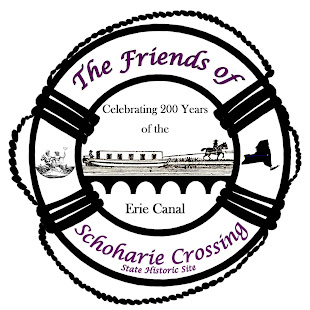