“Canal side stores stocked anything a canal fleet needed in the way of potent medicine, cooking pots, tin ware, candy, food, shoes, clothing rain gear, and dry goods. Also available were supplies such as hay, oats, straw or shavings, harnesses, horse collars, whiffle tree, tow lines, horse bridges, fenders, pike poles, hardware, etc.  It was also possible to replenish cooking and drinking water at these places, kerosene, or coal oil had to be obtained from these supply points as oil lamps were the only type of illumination to be had on the canal boats at that time.” Recollections of the Erie Canal, Richard Garrity.  Published by the Historical Society of the Tonawandas, Inc.,  Tonawanda, N.Y.   1966

Garret Putman opened this store in the early 1850’s.  He had purchased the land nearly ten years prior to this, shortly after the state engineers had decided to build a new lock at this location as part of the enlargement of the Erie Canal.  There had been no lock here prior, so Putman’s acquisition carried some calculated risk.
It is interesting to note that Garret waited until the new lock was in operation before he built store.  Because of this he was able to place the store on the towpath side of the lock.  This provided ease of access to canal goers, drivers, and crew.  As the barge locked through they could make purchases or pick up supplies.
Putman’s Store was a family business.  In addition to Garret and his wife, the New York State Census of 1855 lists two adult sons and their wives, and a daughter living in a house just across the road from here.  Another adult son and his family lived in a separate home a few yards away.
That State Census lists the 65-year-old Putman’s occupation as Grocer, as is his 24 year old son John.  Another son living in the household, 35-year-old Dow Putman is listed as a Farmer and would have farmed the lands across the road; probably supplying the store with fresh meat, vegetables and grain, together with milk and cheese.
The three women of this household, Garret’s wife Mary, their 26 –year-old daughter Catherine and Dow’s wife Margaret would most likely been heavily involved with the operation of the Lock Stand as well.
The next household listed in the 1855 census is for 29-year-old Jarvis Putman and his wife Deborah.  His occupation is listed as a cobbler or shoemaker.  It is believed this is also a son of Garret Putman.  Jarvis would undoubtedly have been repairing and/or selling shoes at the Lock Stand, in addition to other types of leather goods that would have been in demand on a canal boat such as harness repair.
Garret and John were the ones who actually ran the store, although possibly any of the wives or the other sons may have helped out from time-to-time.
Erie Canal stores could vary widely in their sizes and ambitions.  They could run from the rather modest Putman’s Lock Stand, through the more standard sized Brown’ s Cash Store and larger Cohen’s Big Canal Store up to the largest emporiums that could be found in the Buffalo, Rochester, Syracuse and Albany.
While the store did not make the family rich, they were apparently able to make a fair living from its operation.  Garret kept the title to the property until his death in the 1870’s.  Ownership then passed on to John, who continued running the store until it was closed for good in the early 1900’s.


Stores on the Erie Canal could also project an aura that was far from ideal.  Putman’s Lock Stand was described by a traveler in 1873 at what would have been the height of its operation:

A sparse collection of shabby buildings is near the lock, foremost being the canal grocery, a squat, shingled structure with a portico in front.  Here is gathered a pack of ill-favored fellow, vagabonds and idlers……The interior is gloomy, and has a very insalubrious atmosphere; but there is no article in the range of an ordinary boatman’s necessities that cannot be obtained from this mart. Dry goods, fresh meat, poultry, groceries, liquors and literature are combined attractions to purchasers.


Through the years the Putman Canal Store has endured many transformations just like the landscape and community around it.  Operated until the early 20th century, the store closed after the Mohawk River was canalized and the New YorkState Barge Canal system took over.  Anecdotal evidence has suggested the building was rented for periods of time in the following decades and some tales even mention connections to local bootlegging during Prohibition. 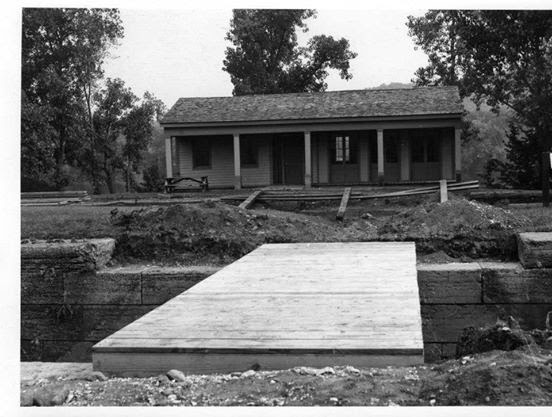 The store was preserved during the mid-century by the local community and the Fort Hunter Canal Society.  Along with the Yankee Hill Locks, the location has been a great place to visit for many years.  During the late 1970’s an effort was made by the State of New York to rehab the structure and present it as a part of the Schoharie Crossing State Historic Site.  Again during the 1980’s the site received a bit of a face-lift as additional efforts were made to preserve not only the structure but the locks as well.

By presenting the space as a recreational and picnic opportunity, it is available to anyone – not just fans of history.  Perhaps a bit of that rubs off on those that come to just simply picnic, bird watch, walk or take in the sights of the Mohawk River. 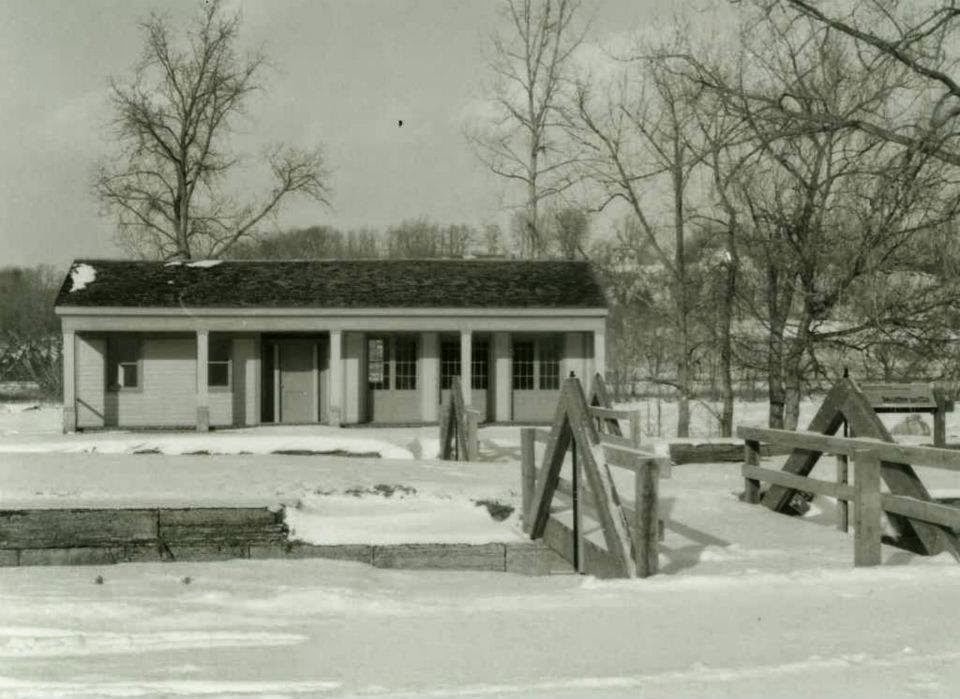