As a young boy growing up in northern New York in the 1940's, Tom Porter, a future leader of the Mohawk people,  heard his grandmother say in their native language (she did not speak English) “a group of people who are German have an extra fondness for the Mohawks, and they are obligated to us.”  She had heard this phrase from her parents and grandparents, but she did not know its true meaning.   Tom would later learn it himself, after he moved back to his family’s ancestral homeland on the Mohawk River in 1993.  Those Germans, also known as the Palatines, were the first Europeans to settle in the Schoharie Valley, and they did indeed owe their success, and probably their very survival, to the Mohawk people who welcomed them to that land.


The Palatine Germans were refugees from devastating wars in Europe who fled to England in the early 1700’s, lured by British offers of land in Colonial America, particularly land along the Mohawk and Schoharie rivers. In 1710, the Mohawk leader King Hendrick and others visited London, seeking help against their French enemies. They saw an encampment of the German refugees living in tents outside the city and according to the Palatine leader Conrad Weiser, the Mohawk representatives “presented this Schochary to Queen Anne to settle this people on it.”  A group of the Palatines eventually reached Schoharie in the winter of 1712, after fleeing from forced labor camps in the Hudson valley.  They were taken in and fed by the local Mohawks, who gave them good land to farm.  The two groups went on to become close neighbors and friends; they worked and worshiped together, taught each others’ children, and sometimes intermarried.  In 1753, Hendrick Peters, another Mohawk leader, wrote this about his Palatine neighbors, in protest against a local land claim by an Englishman:

“Let us Indians have our will to Lett our  high Germans have part of that grant that Teddy McGuiness intends to have, or Else we will keep it all to our Selves… Our Christian brethren have had the promise of it these many years and at all times supply our want, and we can not let any other have it…. For they and we are grown up together and we intend to live together as Brothers.” (Hendrick Peters letter to Lieutenant Governor Delancy, 1753).

As young man, Conrad Weiser lived in the Mohawk village of Canajoharie with a Mohawk family who adopted him and gave him a Mohawk name.  He became completely at home in Mohawk society and fluent in the language, and served as an official interpreter throughout his life.  His Mohawk name meant "Holder of the Heavens," a very auspicious name, and he seems to have earned it by mediating and helping resolve disputes involving the Colonial government.

After being forced to leave Schoharie by the English, the Palatines bought new land from the Mohawks, at Stone Arabia and German Flats.  There the two groups continued to live side by side, and together they fought off French invaders in the Seven Years War.  They were finally separated by the American Revolution; after 65 years of friendship, the two groups were pulled apart by the warring factions. The Haudenosaunee League was officially neutral throughout the war, but the British used all their influence and resources to convince many to fight on their side.  Neither side won a clear victory in the Mohawk Valley, but during peace talks the British abandoned their Native allies and ceded all their land in New York to the United States.

During and after the Revolution, most of the surviving Mohawks moved to the Canadian border area, leaving behind their former Palatine friends and neighbors.  Two hundred years later, descendants of those Palatine neighbors were among the local families who welcomed the Mohawks back to the valley in the 1990s.  One of the Palatine descendants, Barbara Spraker, gave a gift of land to the Mohawk community, returning a favor from long ago.

Today, Tom Porter and his family lead a traditional Mohawk community on a large farm on the shore of the Mohawk River, in the aptly named town of Palatine, NY.   Kanatsiohareke (a variation of Canajoharie, meaning “the place of the clean pot”) is a gathering place for Haudenosaunee people and their friends from throughout New York, Canada, and the wider world. It is also a center for preserving the Mohawk language and culture, where classes are held to increase the number of fluent Mohawk speakers.

Among the students and teachers at Kanatsiohareke are many whose families once lived in the nearby Mohawk village at Fort Hunter NY.   The people from that village had moved to the Bay of Quinte in Ontario, Canada in the 1780’s, where they formed a new community called Tyendinaga, or Kenhtè:ke.   There is a lot of interest among them about the history and current events of the Mohawk Valley, especially about their native village of Fort Hunter. 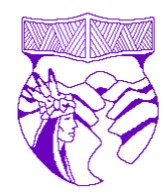 The Kanatsiohareke community holds an annual festival and fundraiser on the last weekend of June, featuring Iroquois food, crafts, music, dance, and storytelling; everyone is invited to attend.  For more information and directions, see the Kanatsiohareke web site at:
www.mohawkcommunity.org

Paul Gorgen was born and raised in the Mohawk Valley, and lives with his family in Poughkeepsie NY.  He has always been interested in local history,  including his family history which goes back to the early Dutch, the Palatine Germans, and the Native American people who were here before them.  He is currently studying the local language, Kanien'keha, at the Mohawk community in Fonda.  This article first appeared in the Yorker Palatine newsletter in 2013.

For more information on Fort Hunter, please check out the links below for other great Friends of Schoharie Crossing Blogposts!