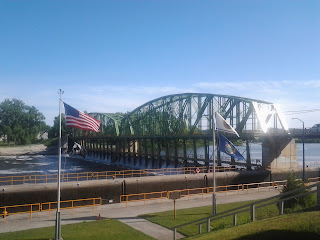 The canal opened for the 2015 season on May 8th, and often since then on my way across the Tribes Hill Lock 12 dam gate bridge I have witnessed approaching or departing boats – a testament that they canal is alive.  Rarely though has the craft caused me to do what I did last evening on my way home.  I stopped.  I stopped into the Lock and watched as two vessels locked through, and found myself enthusiastically speaking with those aboard.

Below are a few pictures and a short video clip that should explain why it was worth the stop. 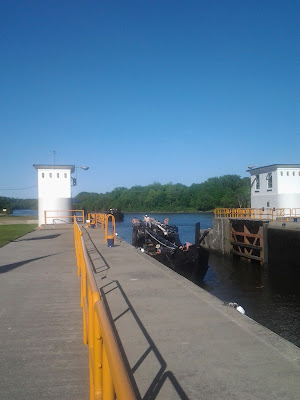 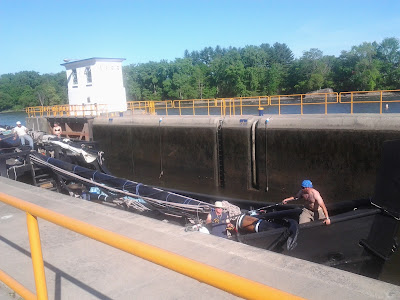 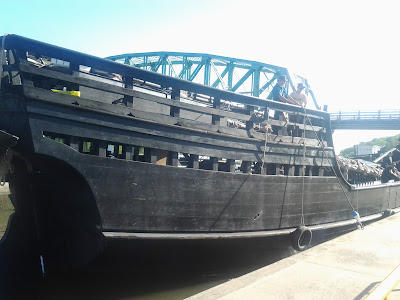 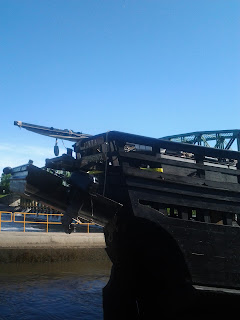 Jordan, the on duty operator at the lock stated in his four seasons working there he had never seen vessels like them pass through.  The Nina and the Pinta are replicas of Columbus’s voyage ships.  These two boats are Caravel style ships that are replicas (the Nina an exact one) of those Columbus used in 1492.  The Columbus Foundation, of the British Virgin Islands, operates these two ships as moving museums!  You can learn more by following this link: The Columbus Foundation, British Virgin Islands

A gentleman on board the Pinta explained that the boats travel the Great Loop - a voyage that takes them down the Mississippi River to the Gulf of Mexico, then around Florida, up the eastern coast into NY Harbor and up the Hudson, then using the state's canal system to the Great Lakes.  He mentioned that it is a great way to see a lot of the country, as they stop along the way at ports and small towns - giving tours of the ships and taking in the sights, sounds and experiences of the places they visit.

It was well worth stopping to see these ships lock through, and made even more so in talking with those aboard - in their excitement for such a journey themselves - discovering a great deal of America through its great waterways...
And teaching others a bit about them as well.