While not polite dinner conversation, the topic of dung has historical significance that is often over looked; and as it is well known, animals of all kinds excrete waste that can be classified as gross to just about everyone.  There is value in it however, as many who garden may be aware.  Odd though how in several of the works visited regarding the Erie Canal it was difficult to find much information on manure other than occasional references to the putrid state of the towpath or canal water.  In the archaeological excavations done in the 1970’s of the Schoharie Creek Aqueduct, there is a very clear layer defined as organic material, i.e. animal waste…or as this article will continue to refer to it – Dung!

There are a few mentions that may shed a little light on the prospecting of dung along the canal.   During this era there was a shift in the approach to agriculture based on available land, its usage and the variety of crops that the market was demanding. Additionally at the same point in history, a quickly industrializing nation that America was becoming saw increase in not just human population but the horse & mule population it required as well. 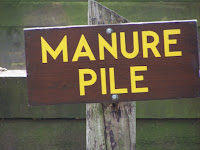 Recollections and commentary provided through the published works of America’s Crossroads, Buffalo’s Canal Street, Dante Place & the Making of a City (Western New York Heritage Press, Inc., 1993) were examined in a 2001 Buffalonian article that reported on the Erie Canal and the port of Buffalo during the hey-day of the canal era between the 1880’s & 1890’s.  An Erie Canal boatman by the name of E.E. Cronk was interviewed in the mid-20th century and his comments made their way into that published work.  Cronk discussed, among other things, the garbage and filth of the canal.  He mentions how local horse barns and farmers who drew hay would also remove manure from stables as well as the towpath of the canal.  The article states upon his recollections being of “manure piled over two stories high” and that these piles were moving with flies and “maggots feeding on the excrement.”

The concept of using dung to rejuvenate the soil had taken on a more scientific approach during the early 1800’s, with countless periodicals, almanacs, books and agricultural societies advocating to its proper use.  Early agriculture in the America’s relied almost entirely on the richness of the soil already provided by nature and a system of crop rotation.  However, several generations on and with the expansion of the population as well as exploitation of soils for cash crops in a mono-crop market, the soils were quickly losing their fertility.  New innovations such as deeper cutting plow blades and formulas for fertilizing with manure as well as other natural products extended the use of fields.

Ted Steinberg briefly discusses the dung trade in and around New York City during this era in the book Down to Earth: Natures Role in American History.  He explains the symbiotic relationship of the supply and demand as vegetables being produced at outlaying farms required manure for fertilizer while the removal of it from the city streets and stables offered not only employment for those that collected it but a somewhat hygienic cleansing of the fecal matter from places in close proximity to the living areas of the cities inhabitants.  The various crops including “potatoes, cucumbers, cabbages, onions, and sweet corn…” that helped feed the growing urban population relied on the supply from the thousands of horses within the city.  This, Steinberg states, all as the price of hay had been steadily declining as the western parts of the continent opened to agricultural trade.  Farmers took on the buying, storing and selling of manure to maintain a profit.  Tonnage for the manure was immense, as each horse or mule produced between 15 to 30 pounds of organic waste per day.

In 1900, a Rochester Health Officer (whom must have had little else to do), “calculated that the city’s 15,000 horses contributed enough dung each year to completely cover an acre to a height of 175 feet.”  Horse and mule waste posed a significant risk to the health of a city’s population, not only as a breeding ground for disease carrying flies but when the dung is dried upon the ground and further trampled by hooves a dust is created that accumulates into the air that is breathed.  This atmospheric pollution is akin to the automobile pollution of today, spreading and continually being ingested.
The environmental impact of the first two eras of the canal is something that warrants further investigation.  While the era of the Barge Canal and it’s since being renamed to the Erie Canal in the early 1990’s poses another era of consideration, these first two would be of interest in a much larger historical context.  With the rapidly industrializing North of the early republic in American History, the effects of the dung trade as an economic as well as environmental factor should be noted.  How could an expanding and thriving metropolis such as New York City not only clean its streets but also feed the population?  Canal-towns all along the artificial waterway must have had booms in population with quickly exploited soils, so how did they supply fertilizer as well as attempt to maintain some level of hygiene along the towpath?

Hopefully with more research there can be a greater understanding of dung’s role in our history.  If Hannibals route through the Alps can be traced by the long lasting remains of dung, what other traces of our own history can we garner from understanding its importance? 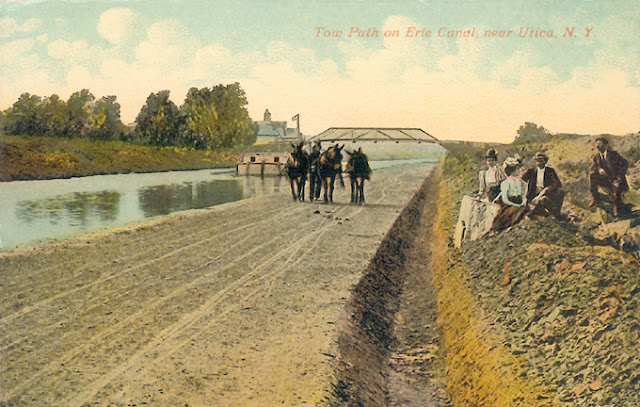 If you've been to the site and would like to supply a review, please click this YELP! button! Thank you!