Canal Cooks to Dirty Looks and THE VOTE! A surprising experience it has been doing some light research looking for women’s roles and their perspective on the Erie Canal.  While there can be no doubt of involvement by women, most of it seems to be boiled down to small marginal mentions as cooks or boat maids that seemingly  - and more often than not - fall into the category of women’s duties on a family boat.  It should be mentioned, that there are points in which the perspective of women – particularly in the early era of the canal – is mindfully eye opening regarding the physical landscape as well as that of the people. 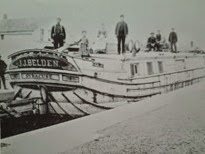 Men are mentioned foremost, as the idealists, the dreamers, the politicians, the financiers, the labor, the hands, heart and soul of the canal.  They too had their vision of that artificial river, but readers of works on the Erie Canal have them portrayed as the adventurers, muscle and thinkers of the era.  Now, this is not intended to “bash” the classic interpretation of the canal, and by no means can we shake all the truth out of women’s roles for everyone to see but a tiny rattle should be enough to send us all out seeking more! 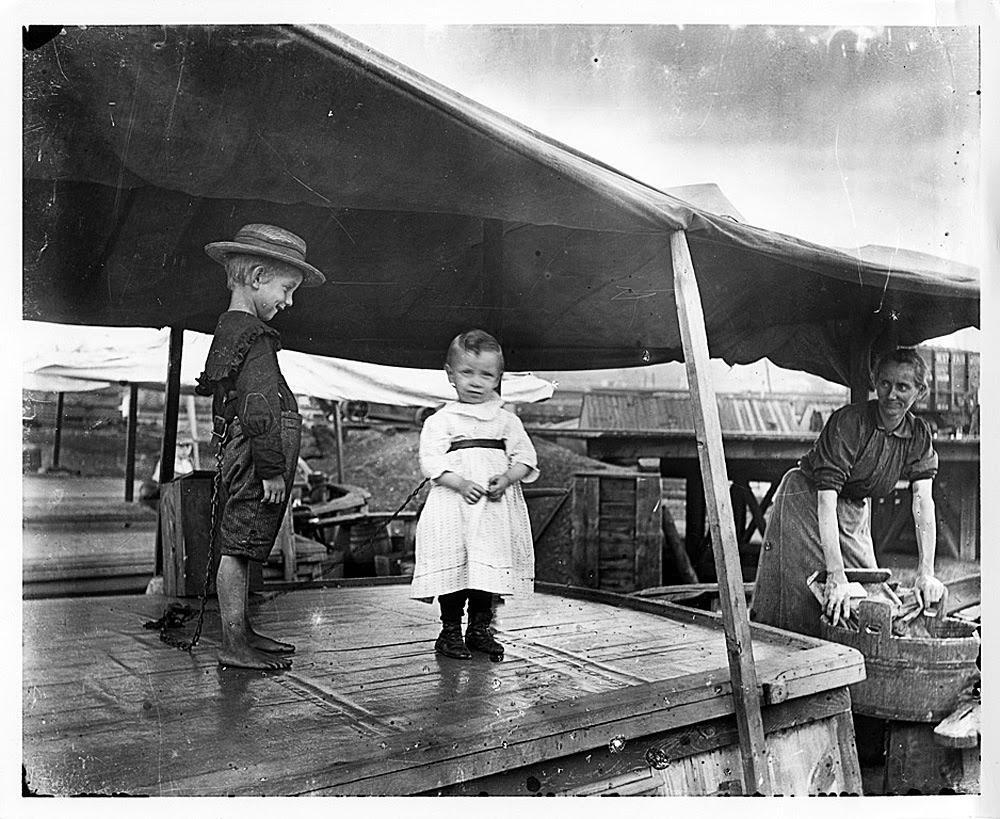 Women more often viewed the canal as opportunity – not for commerce, though they too would benefit from that – but as one for community.  Settling the newly founded towns and cities provided new opportunities to create neighborhoods, communities and social networks.  Women who migrated or immigrated with their canal laboring husbands or fathers saw it as their responsibility to establish these within the waning “wilderness” that was once the reaches along the state. 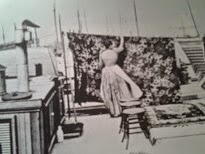 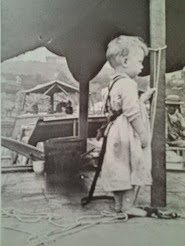 While it is extremely true – albeit generic – to say that women on the canal were often cooks, maids or cabin girls, that is not examining the true impact those terms convey.  Family barges saw wives as not only spouse and mother but yes, as cooks, maids, laundress, steers(wo)man, and probably a lot more than just that once you image a family traveling along at 4
mph on a cramped barge.  Think of family dynamics, especially with kids!  On top of raising the children on board a vessel for much of the year, they were responsible for so much of the daily operations – at least in the first several decades…what we may want to deem as the “Golden Era” of the canal before company barges were predominate. 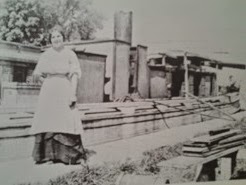 Even after that era, women were employed on barges – often the wife of the captain making nearly a dollar a day for her domestic services.  A few instances saw woman captaining their own vessels (see article to the right).  Although it is also at this stage that an increasing number of references were toward women along the canal and as the landscape changed so did the temperament of the people.  With success of the canal other more troubling aspects arose, mostly viewed today as social issues.  Let’s not ignore the role some more…bawdy perhaps, women played along the way.  Every Lock seemed ripe with stores, taverns, hotels, boardinghouses, and all the trappings that one can image comes along with large numbers of transient people – especially workers.

But women where workers of the canal too and not just in those above mentioned ways either.  As families often operated canal stores, and family men were lock-tenders, those duties too were shared across gender lines.  As the canal operated 24 hours a day, seven days a week during navigation, woman stepped into these roles as a matter of supporting the family.  This can be expanded further, to the farmers, lumbermen, boat builders, cobblers, and other suppliers, woman had a hand in keeping the system…er hm.. “a-float.”  Additionally, this was beyond just the regional pull of the canal, with increasing textile production and the rising population demands on women increased as well.

Keep in mind; this is occurring over the course of decades but the State – and the Nation – were changing in dramatic ways.  The Canal offered an information superhighway for its day, as religious, ideological, political, technological and social knowledge as well as trends flowed as easily along its banks as the water did.  In these decades the rise in social awareness occurs, as the increase in the wealth of some and the lack of it by others draws steely glances from the national conscience.  Population increases and shifts has brought attention to not only the diversity of the people, but of their views, opinions and sway at the ballot box (that is if they were allowed anywhere near one).  Those bawdy houses, alcohol consumption and the reputation – often well deserved – of the canal as a place for vagrants, thugs and thieves was an ugly dark smudge on the shiny Empire State.  Temperance movements and social reform organizations developed and fought for changes.  Those in and of themselves can and do have volumes written about them, but for this purpose their galvanization of people, resources and political clout – especially combined with the Abolitionist movement – educated those seeking even more rights. 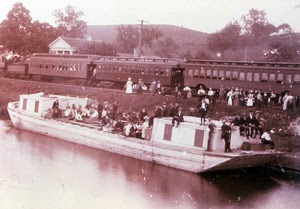 Women being a large component of these organizational forces developed strategies’ for their own freedom as they aided others seeking theirs.  Perhaps it should be no wonder that those most credited with fighting for Women’s Rights and Suffrage did so in New York.  The climate had changed in America, and the Erie Canal precipitated much of it.


What may be the true testament of the overall role of women on the Erie Canal, that as much as they domesticated the wilderness – whether that was aboard boats or on the land – they were a major part of what was happening: Socially, economically, religiously and actively!