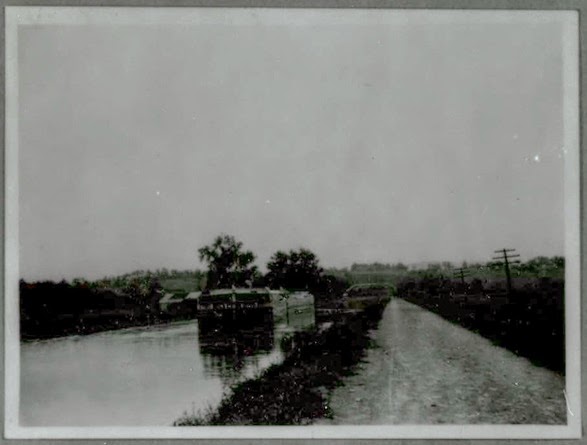 Flooding between the years of 1898 and 1904 was severe and caused repeated breaks in the canal walls in and around Fort Hunter.  One culvert was replaced twice in the same year (May & August) for example.  However after the major spring flooding in 1904 that saw much of the hamlet inundated by ice and water is when some intense labor began…and reportedly still continues.  Men working feverishly to fix the canal in order to re-open it to navigation are said to still be toiling along the prism today. 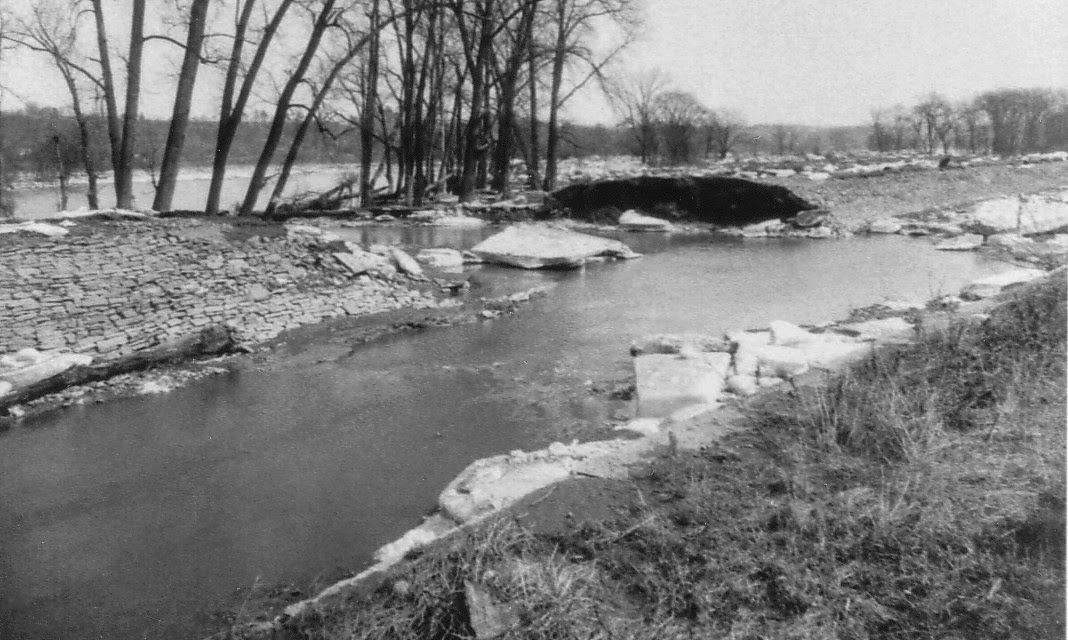 While there are hushed stories told and most are unwilling to discuss things seen yet unknown along the canal in Fort Hunter, a few documented occurrences give details about the canal work that still continues.

1924 – in July of 1924 the Pulaski Democrat newspaper in Pulaski, NY was the only print to pick up the story of a lone stranger seen wandering the hamlet, often at dusk and always covered in mud.  While the people in town were reluctant to discuss the sightings, no one was willing to explain why they were and that brings greater speculation.  Perhaps, as mentioned in the Democrat, the fact that people recognized the face of a long dead laborer wearing those dirty clothes.  The paper quotes an anonymous man as stating many recognized the person they called a stranger as a Mr. Wilson who had labored as a young man along the canal until his untimely death to influenza in 1917.

1960 – three boys – whom chose to remain nameless because their parents did not want undue attention, reportedly set out late one evening near the end of June into the woods and fields surrounding what is known as Empire Lock for the general mischief that children of roughly age 12 can conjure.  They got more than they bargained for however, as into the twilight they wandered along the old canal, they happened to come across several burly men moving earth.  Fearing they would be caught they took to flight losing their shoes along the way and it was upon their return home they realized the unearthly nature of the men they saw.  To stave off punishment they knew would be coming from their parents upon recognizing they were barefoot, the boys admitted to their indiscretion and explained in detail the men in the canal that night. 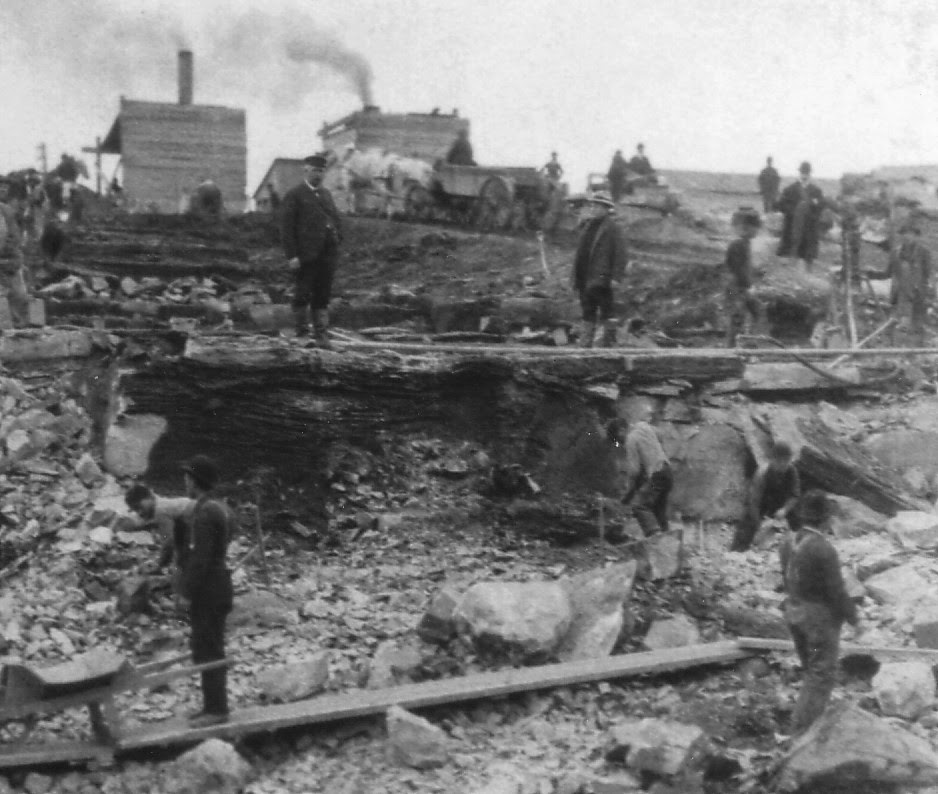 1983 – A lost dog brought a woman face to face with transparent men along the old canal.  A local woman who asked to be called only “Denise” was walking her dog “Tootise” around 9pm on an evening in May, when the dog – having sniffed something well beyond curiosity – yanked loose from her hand the leash and dashed away.  “Denise” gave chase but was soon unable to locate her beloved canine.  Having nearly given up, she turned back to walk toward Main Street and discovered her dog gently tied to a nearby tree by its leash, staring into the darkness of the old canal.  As she approached the shaking dog she felt eyes upon her as if she was being watched and looked into the darkness to see the form of men standing along the opposite bank.  She recalled they all wore dark pants, with torn and dirty linen shirts and held tools in their hands.  They stared at her, two with snarled faces like they were wincing in pain, and over the course of a few moments they faded into the darkness.  She later reported this to her family and has since stated that “Tootie” never ran off again and refused to walk past that section of the canal. 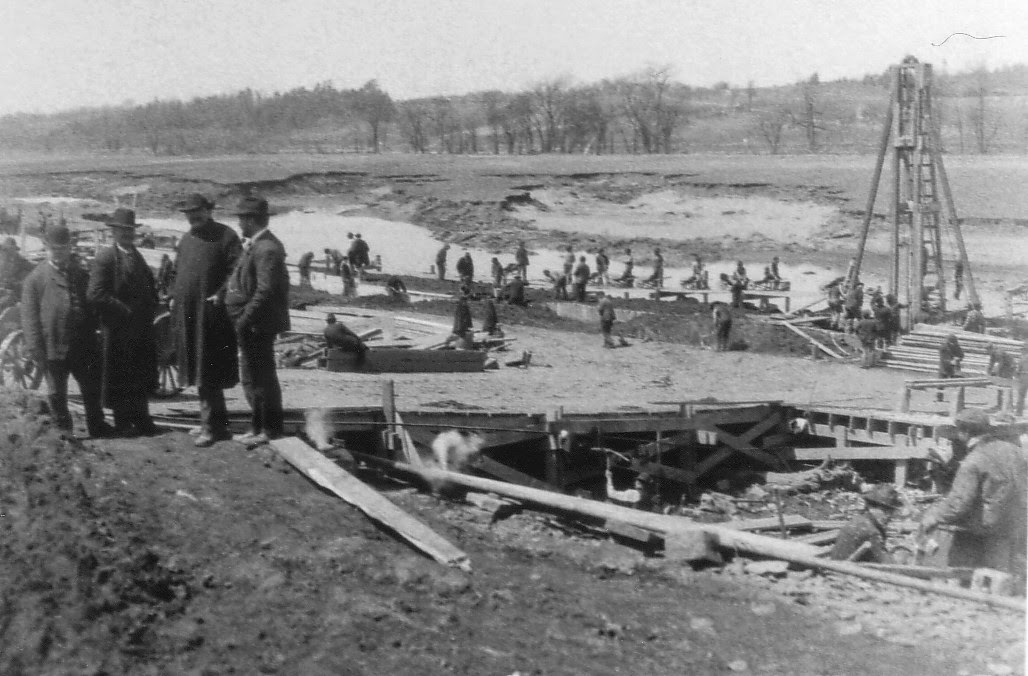 One could only conjecture why these apparent apparitions would still linger along the canal as their work has been done, and no record tells of harm, death or maiming occurring during those repairs.  Is there some energy that keeps them on their task, to trudge and toil in perpetuity?  Who else has seen these ghostly figures working along the canal in Fort Hunter?