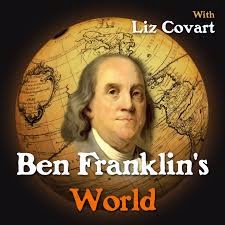 Recently +Liz Covart  of the podcast Ben Franklin’s World interviewed Schoharie Crossing State Historic Site manager Janice Fontanella.  During the Time Warp segment, the question was posed of what may have been different if the federal government had financed or actively participated in the construction and operation of the Erie Canal.  Hinged on the Bonus Bill, monies that could have assisted United States Secretary of the Treasury Albert Gallatin’s internal improvement plans failed – leaving the financial responsibility in the hands of New York to build the canal from Albany to Lake Erie.


What made the canal all that much different than the National Road or “Old Pike” project of just a few years prior?  The National Road Bill passed in 1806, was re-contracted in 1811 and completed in 1818, connecting the new state of Ohio to Wheeling, Virginia via Pennsylvania and Maryland at a cost of $1.5 million dollars (nearly $28 million today).  There were originally no tolls placed on it, and over the course of about a decade the maintenance of the road and its expansion west cost the federal government an additional $7 million dollars.  However, by this time sections of the road had been handed over to the state governments to collect tolls for continued upkeep.

Often internal improvements of this era were privately funded through stockholding companies, but with a rapidly expanding nation and rising costs of infrastructure development, state governments gradually took on the burden – most of the time with little to no obvious financial return on investment.  Even stockholders rarely saw greater than a 2% return.

Federal government assistance began slowly and at first it was most often in the form of land grants for state bonds.  Public funds raised by over 4 million acres of federally doled out land assisted in projects developing the early republic and greatly help fund the entire Wabash & Erie Canal in Indiana.

The idea of the federal government at that time organizing a grand interior improvement project may have splintered the tenuous bonds of union.  The Erie Canal’s success strengthened those political and especially economic ties… But yet, let’s think how in retrospect – even those bonds tested at such success an economic and social divide grew regionally as the approach of the 1850’s moved along.

One view on the way federal government money may have impacted the Erie Canal and its success was touched on by Janice during her response.  Condensing a great deal of political ideology into the answer, simply put that Gallatin’s plan would assuredly have been implemented in an inner state manner with federal regulation and authority.  Tolls that funded New York State’s rise to economic zenith, and created New York City as the pre-eminent global economic capital would have channeled instead into federal coffers. 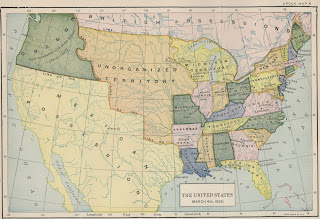 While simply put, the idea of states’ rights and federal authority has always remained contentious in the United States.  It may be easy to say that Thomas Jefferson, James Madison and even George Washington would never sign a bill to fund a canal only within New York – with vested interests in Potomac region development – the bigger issue may have just as easily been the U.S. Constitution and when and how it can be worked around, er..hm...interpreted.

The regulation of commerce is a fine example of that ever American philosophy of Constitutional Interpretation.  In the 1820’s the Supreme Court of the United States was hashing out more concrete definitions of commerce and the government’s role within the economic system of the country.  In essence, a matter pre-dating the Revolution and one that remains today; but at that time, the growth of population, territory, economy and technology was blistering.

A great case to look at in terms of understanding the impact the federal government could have if they financially funded and asserted authority may be the slightly related Gibbons v. Ogden (1824).  The decision and subsequent rulings based on its precedent have expanded federal regulatory authority over commerce in general.  For all intents and purposes, the federal government – while not funding the construction of the Erie Canal has all the Constitutional right to regulate it. 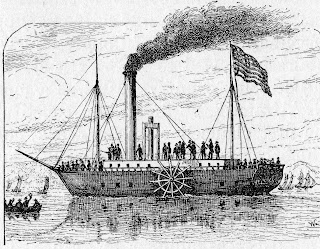 More on that in the next post…CLICK HERE

Please leave comments or questions below and let us know what you think of the blog.