A little bit about Sampson Sammons


In a previous post we explored Lafayette’s visit through Fort Hunter (NY) in 1824 on the Erie Canal through a recollection of Col. Simeon Sammons in the Illustrated History of Fulton & Montgomery Counties.  Part of that was the fact that Col. Sammons father, Thomas, had known the French nobleman during the American Revolution.  According to 19th century local historian Washington Frothingham, Thomas’ father Sampson hosted Lafayette at Johnson Hall – where he was residing on lease for a yearly “rent of three hundred pounds,” from the Committee of Sequestration. 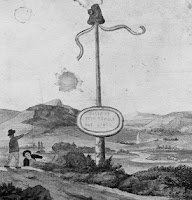 Sampson Sammons was himself a part of the Whig faction that controlled much of the area militarily as well as politically.  Known as the Tryon Committee of Safety, the patriot fervor ran strong and it was recorded by past historical observers and writers that Sampson Sammons was one of the “first…west of the Hudson River at whom a shot was fired in the Revolutionary struggle.”  This is reported as an occurrence involving the Tory sheriff, a man by the name of Alexander White.  White had several times cut down the Liberty Poles erected in the Mohawk valley, the first of which was planted “at the German Flats.”  The escalation occurred after arresting a “Fonda, the Sheriff put him in Jail at Johnstown, but Fonda’s neighbors promptly liberated him, and would have captured White had they not been interrupted by the gathering of a superior force of Tories at Johnson Hall.  Retiring to Caughnawaga they sent a deputation to Sir John Johnson, demanding White’s surrender.”  This, of course, was denied. 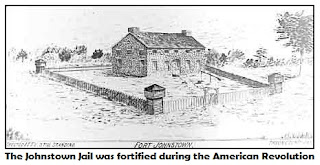 Tension in the Mohawk Valley grew exponentially as Whig and Tory factions struggled for civil as well as military control in the early stages of the revolution.  Boiling points for this continued and where especially ferocious during the Johnson and Butler raids* into the valley in 1780.

The Sammons family had moved into Johnson Hall after the 1777 campaign that not only saw American victory at Saratoga, but the Oriskany ambush that shook Tryon County to its core.  Sampson entertained often at the Hall and hosted council meetings there as well.  His association with other well attributed men and families of the Mohawk Valley (one that reads like a list of the local founders indeed), such as James Duane, Jelles Fonda**, Nicolas Herkimer and General Schuyler is testament to the Sammons family influence in the region prior to and throughout the revolutionary era and well into the late 19th century.
While this may seem a bit far removed from the era of the Erie Canal, it is related to the colonial Fort Hunter through not only the connection with the Johnson family but more so the atmosphere of the region as a new nation was to emerge.  The Sammons family would continue honorable service to the valley and to what would become Montgomery County as members of local and state militia and legislatures.