In 1712, New York Governor Robert Hunter positioned Fort Hunter as a staging point for provincial and commercial expansion westward through the Mohawk Valley.

Before we dig into the meat of that statement, let’s rewind a decade or so (this is, after all, history…). 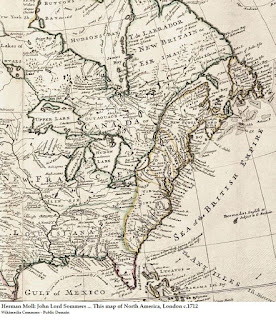 The fur trade constituted a major component of colonial commerce on New York’s frontier, and so serves as the basis for contextualizing Governor Hunter and his expansionist agenda. As the seventeenth-century gave way to the eighteenth, invested British officials, merchants, and businessmen maintained access to the rich peltry supply near the Great Lakes through New York’s Mohawk Valley, a major commercial frontier connecting the Atlantic World to the Midwest. As New York’s provincial leaders fought to control the western fur supply through a diplomatic alliance with the Iroquois, the French established a major Great Lakes trading post at Detroit in 1701, effectively cutting off British access to the region. [1] Increased competition and conflict over the fur trade between the British and the French created an economic downturn for New York. The scarcity of beaver pushed the Iroquois toward poverty while London’s imports from the colony dropped forty percent from their 1700 levels. Meanwhile, Albany maintained its fur trading prominence through an informal neutrality agreement with Montreal. This St. Lawrence River port benefited from French exploits near Detroit, leaving Albany’s merchant community to abandon their Iroquois allies on New York’s frontier in favor of impartial (and illicit) commercial relationships with Montreal’s businessmen. [2]

Within a few years, New York rebounded economically and a new push for frontier expansion served to benefit the colony’s merchant community. Newly appointed Governor Robert Hunter and Albany merchant and official Robert Livingston actively promoted a return to western trade through the Mohawk Valley to undermine the Albany-Montreal route. In 1712, the Governor established Fort Hunter, some twenty miles west of Schenectady, and garrisoned the position with twenty soldiers. [3] With an adequate frontier post established, the Hunter administration launched infrastructural improvements and maintenance along the interior trade route. These actions brought major trading centers like Albany, New York City, and increasingly, Schenectady, closer to New York’s rural frontier. Additionally, the rise of wheat, flour, and grain as prominent trading commodities contributed to the colony’s commercial expansion. Between 1714 and 1717, political and economic stability under Hunter bolstered New York’s growing trade in extractive commodities. During this period, the colony annually cleared sixty-four vessels filled with the colony’s exportable goods. [4]

As a result of Robert Hunter’s actions, provincial policy shifted to better cultivate the Mohawk Valley as a viable trade route for New York during the 1720s. In 1719, Hunter became Governor of Jamaica, leaving his former position to his successor, William Burnet. Similarly geared toward guiding commerce through the Mohawk Valley, Burnet began a campaign to remove the French from the commercial equation. The Governor took aim at the Albany-Montreal trade and removed several of the merchants involved from the colony’s assembly, replacing them with similar imperial idealists (for example, Cadwallader Colden). On November 19, 1720, Burnet and his administration formally ended Albany’s export of “Indian goods” to Montreal and enacted a law promising a £100 fine for New Yorkers aiming to “treat trade bargain with Sell or deliver to any Subject of the French Kings.” England’s Board of Trade understood that positive Indian trade relations provided a key method for displacing the French-controlled St. Lawrence River as a preferred commercial route for the fur trade. [5] Echoing the sentiments of both the Board and his predecessor, Burnet actively deterred the Albany-Montreal trade in favor of the English-supported Mohawk Valley route. Burnet’s aim to bolster commercial expansion along New York’s frontier appeared evident in this law, since garrison commanders from the Mohawk Valley’s posts at Schenectady and Fort Hunter could collect these fines as well. [6] 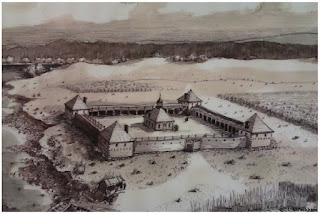 Meanwhile, Burnet’s patronage toward potential frontier settlers awarded German Palatines a home in the Mohawk Valley. The 1723 Stone Arabia settlement and 1725 establishment of Burnetsfield (present-day Herkimer) supported the colony’s frontier economy with a viable population. Albany’s Commissioners of Indian Affairs cited infrastructural maintenance at the Oneida Carrying Place, the gap between the Mohawk River and Wood Creek, demonstrating the route’s growing commercial use on all sides. [7] Hunter’s vision of the colony’s expansion westward through commerce served provincial merchants, despite future military unrest and frequent economic fluctuation in the Mohawk Valley and beyond. Ultimately, even before the lead up to and construction of the Erie Canal, New York's frontier proved fertile ground for commercial expansion and entrepreneurship, as well as gradual displacement and dispossession.

Nolan Cool is a graduate student at the University of Massachusetts, Amherst. His forthcoming article "Pelts and Prosperity: The Fur Trade and the Mohawk Valley, 1730-1776" details entrepreneurship and commercial expansion on New York's frontier. During New York State History Month this November, he will deliver a talk at Schoharie Crossing on the fur trade.